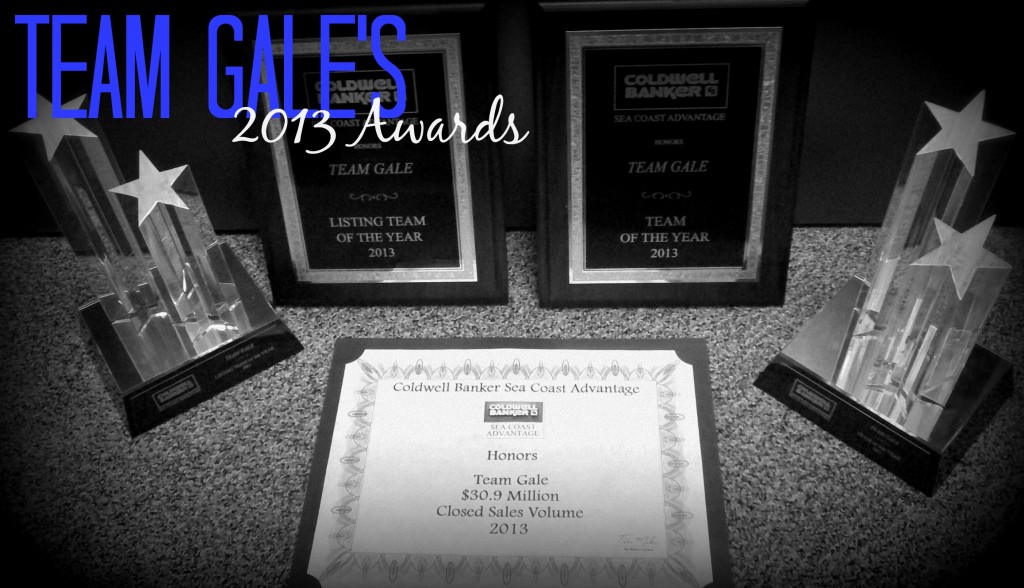 We are pleased to announce that Team Gale had a wonderful year in 2013 earning many prestigious awards from our company, Coldwell Banker Sea Coast Advantage! Our total sales volume for 2013 was $30,900,000 with 236 total closed sides. We are so proud and thankful for our hard working agents and staff that have made these achievements possible!

We are also proud to be a part of such a wonderful company at Coldwell Banker Sea Coast Advantage who was named the number one office in North Carolina for 2013!